SpaceX Just Launched a Fleet of Starlink Satellites. Here’s How to Spot Them in the Sky.

SpaceX just launched its third big batch of Starlink internet satellites, and you might be able to spot the craft overhead if you know where to look.

The 60 satellites lifted off atop a SpaceX Falcon 9 rocket Monday (Jan. 6) from Cape Canaveral Air Force Station in Florida, deploying into an orbit about 180 miles (290 kilometers) above our planet.

If the two previous 60-member Starlink launches, which occurred in May and November of last year, are any guide, these newly orbited satellites will be quite visible to observers under clear, dark skies, at least for the time being. The tightly clumped spacecraft will look like a bright string of pearls moving across the firmament.

It helps to know when and where to look, of course, and several websites can point you in the right direction. The tracking site Heavens-Above.com is a good option, as are N2YO.com and CalSky. All are easy to use; just follow the directions, and you’ll get observing instructions tailored to your particular location here on Earth.

The bright string-of-pearls view won’t last forever, however. The operational altitude of these Starlink satellites is 340 miles (550 km), and they’ll make their way up there via thruster firings over the next one to four months, SpaceX representatives wrote in a mission description.

As they climb, the spacecraft will spread out and become dimmer, partly because they’ll shift their solar arrays out of a special low-altitude, low-drag orientation.

“Once the satellites reach their operational altitude of 550 km and begin on-station service, their orientation changes and the satellites become significantly less visible from the ground,” SpaceX representatives wrote in the mission description.

While the Starlink satellites’ visibility has excited many skywatchers, other people have expressed concerns. Professional astronomers have complained about Starlink streaks interfering with observations, for example, and some dark-sky advocates note that the megaconstellation will alter everyone’s view of the heavens.

“Megaconstellation” is no exaggeration. SpaceX already has permission from the U.S. Federal Communications Commission to launch up to 12,000 Starlink craft, which are designed to provide cheap and efficient internet service to people around the globe. And the company has filed paperwork with the International Telecommunication Union for the potential use of 30,000 additional satellites. (It’s unclear whether SpaceX will actually launch all of those craft, however. Company founder and CEO Elon Musk said last year that Starlink might be economically viable with about 1,000 satellites.)

For perspective, only about 2,000 operational satellites currently circle Earth, and humanity has launched fewer than 9,000 craft since the dawn of the Space Age, according to the U.N. Office for Outer Space Affairs. 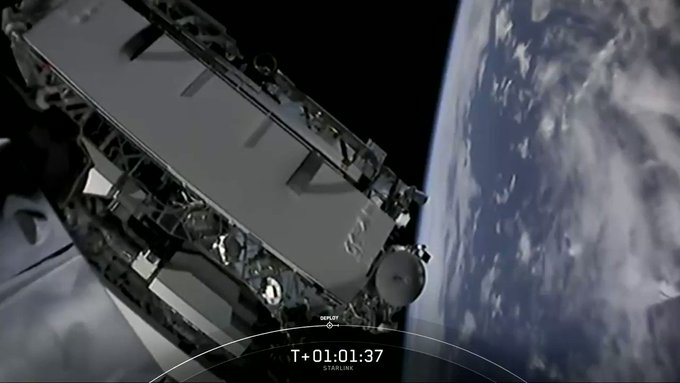 Such concerns will be aired Wednesday (Jan. 8) at the 235th meeting of the American Astronomical Society (AAS), during a special session called “Challenges to Astronomy from Satellites.” Those challenges aren’t coming just from Starlink; other companies plan to loft internet-satellite networks as well. Both Amazon and OneWeb have similar ambitions, for example, though their envisioned constellations will be much smaller than SpaceX’s.

Musk and other SpaceX representatives have expressed a desire to minimize Starlink’s impact on the night sky, stressing that they’re engaging with astronomers to help make this happen. For instance, Patricia Cooper, SpaceX’s vice president of satellite government affairs, is presenting a paper during the special AAS session on Wednesday. And one of the 60 satellites that launched tonight features an experimental coating designed to reduce the object’s brightness.

Join our Space Forums to keep talking space on the latest missions, night sky and more! And if you have a news tip, correction or comment, let us know at: community@space.com.

This Month in Space History | April 2020

This Month in Space History | March